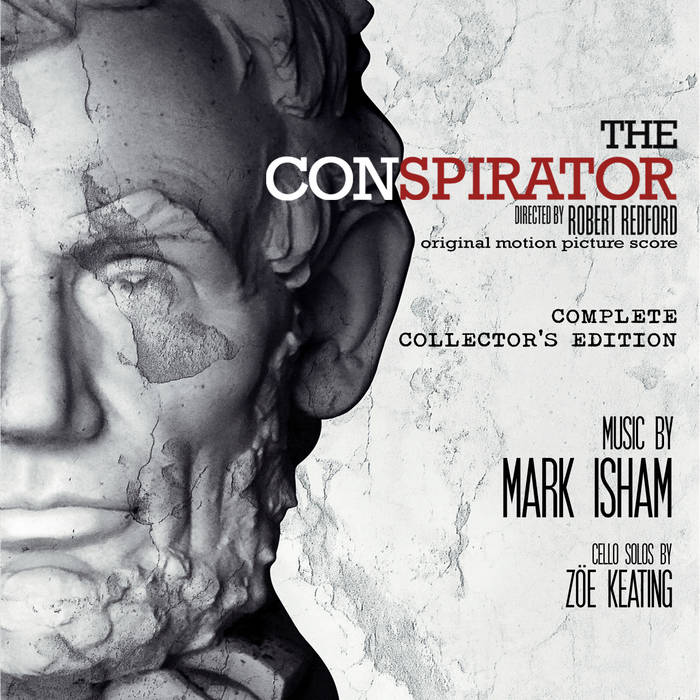 "The Conspirator - Complete Collector's Edition", featuring cello solos by Zöe Keating. Thirty-eight track complete edition including ALL tracks from the film (including cues not used in the final version of the film). Recorded with the Czech National orchestra in Prague for the film "The Conspirator" - directed by Robert Redford. Released on MIM Records.